Chupacabra Vs. The Alamo

I’ve been slacking on my movie reviews lately.  I’ve had one saved for a few weeks to review that was called “End of the World” or something, starring no former stars and with no laughable monsters.  As you might have guessed, my heart just wasn’t in it.

But then, like a gift from God, came “Chupacabra Vs. The Alamo”.  Holy shit, the name alone has me believing again.  Believing that the people who write SyFy Channel movies are in a constant opium haze, and just spin a giant wheel full of nouns in order to create their plots.  I mean come on – they’re practically gift-wrapping these goddammers for me.

And this one is starring Erik Estrada!!!  Ponch from “CHiPs”!!!  This guy: 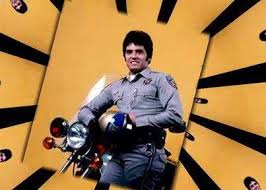 Dudes, I loved watching “CHiPs” when I was a kid.  Officer Jon Baker was one of my first celebrity crushes.  He wasn’t my most intense crush, however.  That dubious honor goes to the weird little elf from the movie “Legend”:

Yeah, not Tom Cruise. I loved the weaselly little half-man next to him covered in glitter. And no, I don’t WANT to think about what that means.

Anyhoo – off to the Alamo!!

The movie opens on a dark and unnecessarily foggy night near the US/Mexico border.  A truck full of ne’er-do-wells drives into one of those massive pipelines we see all over southern Texas.  Everyone is wearing cowboy boots and hats and bolo ties, because “Fuck Subtlety” is the inspirational motto hanging on the walls of every SyFy Channel writers room.  A couple of shady looking dudes are pushing carts of what I can only assume are drugs (or “drogas”) through the tunnel, when they are beset upon by some terrible creatures we can’t see!!  “Chupacabra!” one poor guy screams, before being dragged to his doom.  The scene is set, yo.  Here be Chupacabras.

Now we head to the home of Carlos, played by the incomparable Erik Estrada!  I will refer to him as Ponch, because that’s how I prefer to see him.  Not as the over-acting constantly-blinking dude he is here.  Ponch is mad at his daughter who is breaking curfew and being a total bitch about it.  Ponch is also dealing with a dead wife and an estranged son – don’t push his buttons, SIENNA.  Nice name, too.  Just start stripping now so your father has time to get over the heartbreak.

Ponch is a DEA agent, and heads into work on a motorcycle (Yay!) in front of green screen work that’s so bad I don’t even want to make fun of it.  Not letting Ponch ride his bike off into the sunset is like denying an eagle its ability to soar.  Only MORE tragic.  He arrives at the scene of the Chupa-massacre and identifies the bodies as enforcers of a local drug cartel.  But not before summarily dismissing two female agents; one of whom is dressed like a porn star playing a DEA agent.  Ill-fitting jacket over tank top, sloppy ponytail, constantly offering blow jobs.  She’s Ponch’s new partner!  A third agent gives her the rundown on Ponch – today is the anniversary of his wife’s death, and his great-great-great-grandfather was a hero at the Alamo.  Are these two things related?  No!  But we’ve got to get this expositional dialogue out somehow!

Finally we get a real look at the chupacabras – and they are very poorly rendered CGI dogs.  Dogs that kind of just look like pit/bulldog mixes, so I don’t actually know why they bother creating them with their “special effects” when throwing real dogs in there would be less comical.  Also – is that really all that chupacabras are supposed to be?  Hungry dogs?  I thought they were supposed to have spines on their backs and walk on two legs.  Or at least be more adept at scaring blonde children: 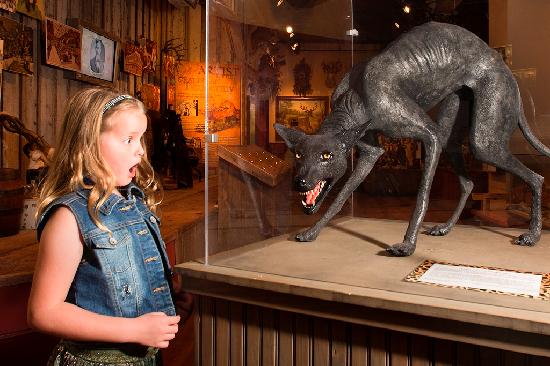 Hot on the trail of nothing, Ponch seeks out his estranged son Tommy to accuse him of the murders for no reason.  This leads to a hilarious slow-motion chase where Tommy jumps over tires and off of buildings and Ponch just kind of breathes heavily while avoiding piles of hose on the ground.

Meanwhile – chupacabras kill two American girls on the other side of the border in Mexico.  Montezuma’s revenge!!  Now with more dogs!

Ponch “interrogates” Tommy, but only in the sense that he asks him questions.  Mostly questions about why he doesn’t come home to visit anymore.  That’s good policing, bro.  Tommy tells him nothing, and is released.

Meanwhile Ponch’s partner has taken the dead chupacabra to an insane Medical Examiner who declares it to be a chupacabra!!  Everyone is convinced except for Ponch.  His healthy skepticism is what elevated him through the ranks to Chief of Riding a Motorcycle In Front Of A Green Screen & Labored Foot Races. 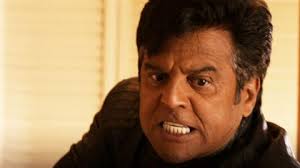 “One day I expect to be Commissioner!! Of intense reactions to simple questions!!”

We catch up with Sienna who is at a pretty kick-ass teen party.  There are 3 coolers of beer!!  Two of her friends escape to “someplace more quiet” which is both a sure-fire way to get killed in these movies, and also a blanket that’s 9 feet away from everyone else.  They start to fool around, but the boy stops to pee.  At which point a chupacabra jumps out and bites his penis off!!!  Ahahahaha – oh  SyFy Channel, I knew you couldn’t do decapitations forever, but penis severings?  You are shooting for the STARS.  The party is suddenly overrun by the beasts, and at one point some stoner kid screams, “WE GOT CHUPACABRAS ALL UP IN HERE!!!” and I’m so happy I weep a little.  Sienna and her dumb friend Brooke hide in a nearby school, and are tracked by a chupacabra.  Trapped!

(Sidebar: Never in a million years did I anticipate writing the word “chupacabra” so many times.  Gremlin, yes.)

Ponch and his partner are alerted to the massacre at the teen party, and speed over. 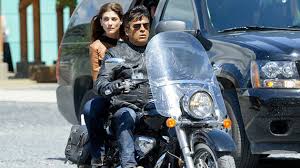 Should I make a “He should probably just eat the chupacabras” joke?

Ponch tells his daughter and her friend to go home and STAY INSIDE where they’ll be safe.  So obviously it’s a very short amount of time before the house is overrun by chupacabras.  However, these chupacabras are so small that Sienna is able to kill one of them with an electric turkey carver, and another by throwing it into the microwave and blowing it up.  But there are too many of them, and someone has to die, so bye bye dumb friend Brooke!

This was the face she made when they suggested her character might live and be in the sequel.

Sienna’s brush with death brings Tommy and Ponch to a detente.  They agree to work together to bring down all the chupacabras.  They enlist all of Tommy’s tattooed degenerate friends to help, and we’ve got a real motley crew together here.  One that no one on the police force questions or has any problem giving automatic weapons to: 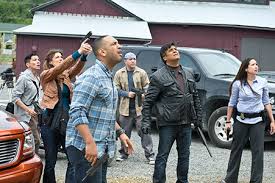 “Look, a script that makes sense! SHOOT IT!!”

They track the chupacabras to an old warehouse, and open fire on empty hallways.  They are literally shooting at nothing, but since this is the SyFy Channel, dead dogs start dropping from the ceiling.  But the manage to lose half their group and need to retreat.  There’s too many of them!  But where will they retreat to?  To the Alamo, dummy.  It’s right in the title.

They run to the Alamo, and when a facilities manager tries to tell them they can’t just take over and lock down the Alamo, she is murdered by a chupacabra.  Ha!  Sometimes we’re on the same side, I guess!  They grab as many antique rifles that are totally still operational and they barricade the doors.  But barricades are no match for these tiny dogs, and they get in.  Dogs get shot, dogs eat people, one dog gets decapitated and its head keeps barking.  Ahahaha – this has been going on for like 20 minutes.  Finally Ponch decides that the answer is simple, and has been there all along – they’ll just blow up the Alamo!  OK, sure.  Tommy has explosives in his bag, so why not?  They line the walls with said explosives, and then escape through some mystery Alamo tunnel.  But not before they stun a chupacabra and attach one of their explosives to its belly.  Thorough!

The Alamo tunnels lead them out into the middle of the street, where all the remaining members of the Chupacabra Murder Squad assemble to watch the Alamo explode.  It’s so beautiful!  Just the way Davey Crockett wanted us to remember it!!

I tried HARD to find pictures of the chupacabras online, and finally found one, though it is not great.  But still, look at this sonofabitch! 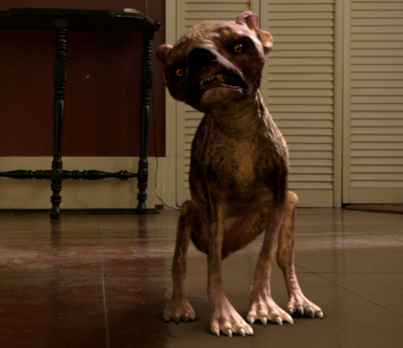 This. This is what was giving Ponch such bad heartburn.

If you were to say you’ve seen scarier dogs on OKCupid, you’d probably be right.  But you’d also be a real jerk.  Just return my wink, already!!