“Law & Order” aren’t the only ones who tackle stories that are RIPPED FROM THE HEADLINES.  Lifetime is in that pimp game too, son.  And they only trust one man to bring these true stories to life, and that man is Rob Lowe. 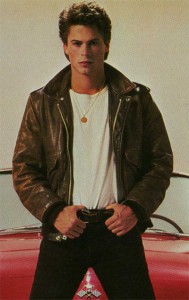 If you’re reading this, he’s already gotten you pregnant.

So after playing the untouchable Drew Peterson for Lifetime, Rob Lowe has ventured away from his warm and safe role on “Parks & Rec” to star in another of their original movies.  How much money does he owe the execs at Lifetime?  I’m guessing all the money.  No matter – his unending debts have brought us the following movie: 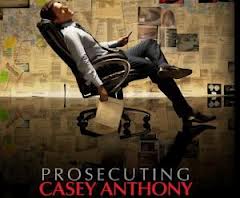 SPOILER ALERT:  Pretty-boy Lowe is not gonna win this one.

Lowe plays Florida prosecutor Jeff Ashton, who is about to get his sterling win record tarnished by the drunk girl at every frat party that we all hated in college.  You know the one – she’s constantly yelling to a friend on the other side of the room, spilling her drink and having herpes.  Jeff’s co-counsel Linda is played by none other than Juliet from “Lost”!  Hi Juliet!  Man, had you known Lifetime original movies were in your future, I bet you would have chosen to stay on the island.  But then Hurley would have eaten you.  Fat jokes!  And we’re off!

So we see that as the search for Caylee Anthony begins, Jeff and Linda meet in coffee shops to talk about how totally guilty they think Casey Anthony is.  Linda asks Jeff to join her in PROSECUTING CASEY ANTHONY.  He accepts.  Then he goes home to tell his wife and burns the rice they were having for dinner.  What an asshole.

We are introduced to the crack legal team that Jeff and Linda have working with them, and they are boring.  But Jeff and Linda are looking extra fly and fresh and ready for justice. 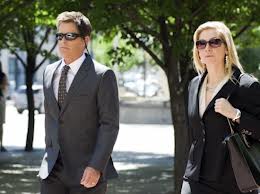 When the remains of Caylee are finally found, Jeff and Linda are even more determined to prosecute the shit out of Casey Anthony.  Jeff decides he’s going to make her the most hated woman in America.  Jeff obviously doesn’t know how we all feel about Anne Hathaway. 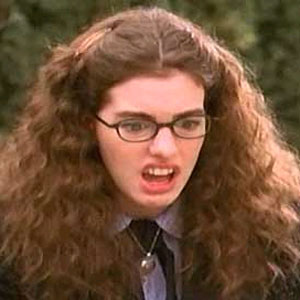 Shut up, Anne Hathaway. Why is your mouth ALWAYS OPEN?

Jeff and Linda are going for the death penalty.  Because go big or go home, amirite?  We meet Casey Anthony’s defense team, and her lead attorney is played by the guy from “The Office”.  Not Steve Carrell.  Or John Krasinski.  Or Eyeballs McWeirdFace.  The other guy.  I don’t really watch “The Offfice”.  Well, not the American version.  The British version is soooo much better.  And it stars Bilbo Baggins.  You should watch it.

The defense tells Jeff that Casey is innocent, and that they’re pinning the whole thing on George Anthony.  This incenses Jeff, because he and George are buddies, and he actually says, “You know what?  BRING IT.”  Ahahaha – excellent.  Excellent dialogue.  But you can tell that Jeff is worried about the case, because he’s doing a lot of leaning on balconies.

Jury selection begins and are people really this honest when picked to be on juries?  Because people are sitting down and being like, “Can’t help you.  She is the devil.”  And they are dismissed.  Does that work?  And here I’ve been doing my civic duty like a real JERK.  Next time I get called I’m gonna be like, “I can’t be on this jury, you look like a thieving Swede.”

Are we ever gonna get to this freaking trial?  Jeff and Linda and Additional White Lawyer are spending a lot of time in restaurants blathering on about how rock solid their case is.  Are you sure, guys?  Because I’ve only seen Jeff stand in front of the requisite courthouse movie “Board of Evidence” once: 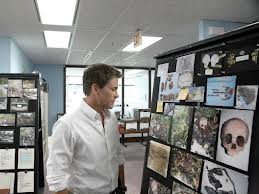 “Which one of these is the Instagram I took of my lunch?”

Ah, finally!  To the trial!  Jeff walks into the courtroom past a swarming crowd of white trash justice fans.  There are cankles and visors as far as the eye can see, and some industrious weirdos are even wearing “Team Ashton” shirts.  Did that really happen?  Florida, what kind of people are IN you?

Opening statements, y’all!  We get the phrase, “Casey could be 13 years old, and have her Father’s penis in her mouth, and then go to school like nothing happened.”  Wait, what?  I did not pay enough attention to this trial, because I do not remember that defense.  Casey’s Dad George is called to testify.  About the murder of Caylee, I assume – and not the whereabouts of his penis. 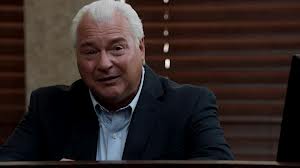 Throughout the trial, we see how the entire nation is captivated by its progress.  Jeff Ashton is a super star!  People are asking for his autograph!  He is loving this!  His wife rolls her eyes a lot! 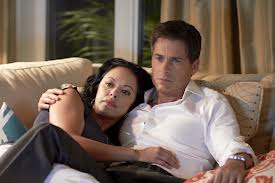 He makes her watch him on TV for 2 1/2 hours before bed. She agrees that it’s better than “American Horror Story”.

Now I don’t claim to be some sort of Legal Eagle, but I was in Mock Trial in high school, and so maybe I should be Assistant District Attorney for the city of New York.  And I definitely think I could play a better judge than the guy they got for this movie.  Before Jeff has even finished saying “objection” the judge has yelled “sustained” and then looked scared because he knows he’s stepping on lines.  I love him. 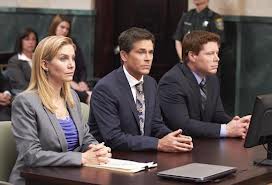 The dude on the right has been in this entire movie. I have no idea who he is. Besides a ginger doofus.

The jury deliberates, and returns with a not guilty verdict because they are boneheads.  Jeff and Linda are crushed, and the hordes of justice groupies outside are FURIOUS.  And I am furious, because they got an actor to play Cheney Mason, one of Anthony’s defense attorneys, when the real guy seems like a party: 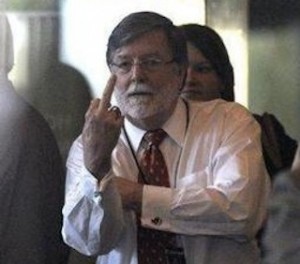